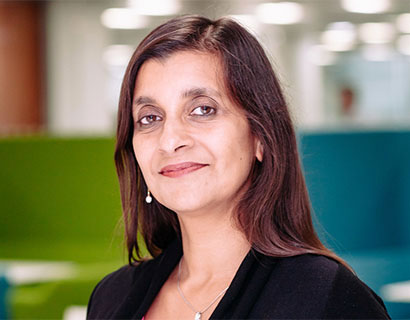 Kalpana joined the board of Asta Managing Agency Ltd as an Independent Non-Executive Director in October 2016.

Following an early career on the trading floor working in business development for the London Commodity Exchange, Kalpana started her insurance career as deputy to the director of underwriting at Groupama Gan. She was longstanding Group Chief Actuary and Partner at Hiscox until 2016. She has Chaired and contributed to working parties for the Bank of England, Lloyd's of London and the Bermuda Monetary Authority.

Kalpana is a Fellow of the Institute & Faculty of Actuaries and Liveryman of the Worshipful Company of Insurers, she is currently a member of Non-Executive Director committees for both these organisations. She is also a member of the 30% club.

Kalpana is Chairman of RiverStone Managing Agency Limited and Non-Executive Director of RiverStone Insurance (UK) Limited. She is also a Trustee of Barnet Youth Zones (a charity for children in London).