St George, the dragon and the City of London 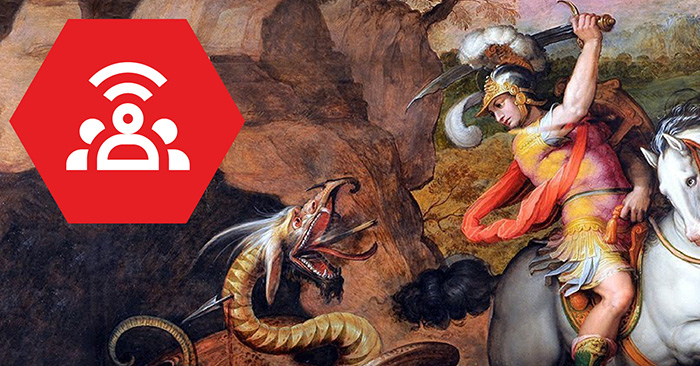 It’s St George’s Day, and time to celebrate England’s unique contributions to world culture, sport, commerce and so much more. With this in mind, we asked the members of our Culture Committee to write something interesting about St George. The only proviso was that the article didn’t come across as a 14 year old’s history homework, and didn’t tell people (the English in particular) stuff they already knew.

Having said this, the following article does tell you some of the obvious things about St. George (spoiler alert – he wasn’t English and never even visited this country) and how he came to be our patron saint, but we also hope our team have dug up some little known facts to pique your interest.

St George and the English (and the Portuguese, Ethiopians, Georgians etc...) 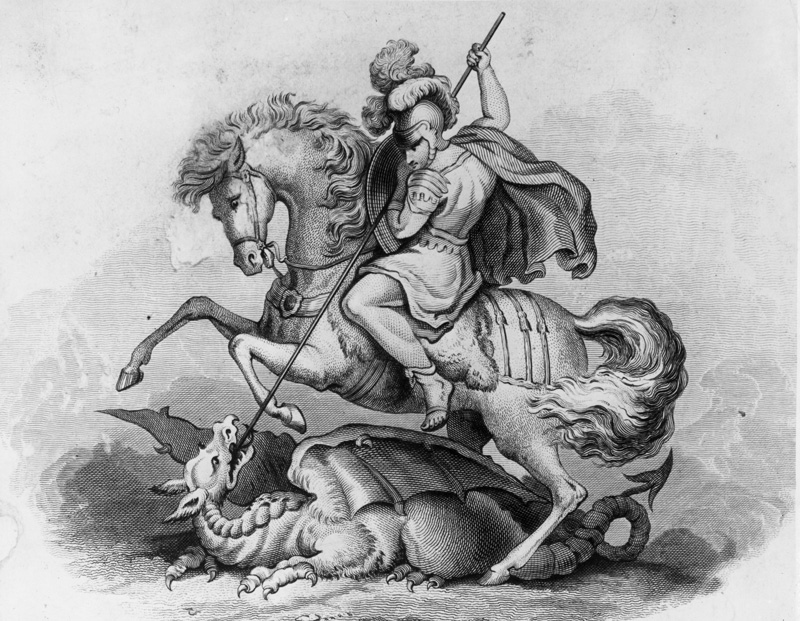 As we’ve already said, St George wasn’t an Englishman – in fact he was born in what is now modern day Turkey. Most stories agree that he was a Roman soldier who freed the Libyan City of Silene from a dragon who had a taste for human sacrifice including – on the day that St George happened to visit – the Libyan King's daughter. After a lifetime of travel and adventure he died a Christian martyr’s death in Palestine, and was buried in Israel.

Stories about his heroic deeds started circulating in the 6th Century, and were told by knights during the Crusades. As a crusader, the English King Edward l had an affinity with the saint, and outfitted his troops with the St George’s cross when fighting the Welsh (and anyone else he didn’t like). 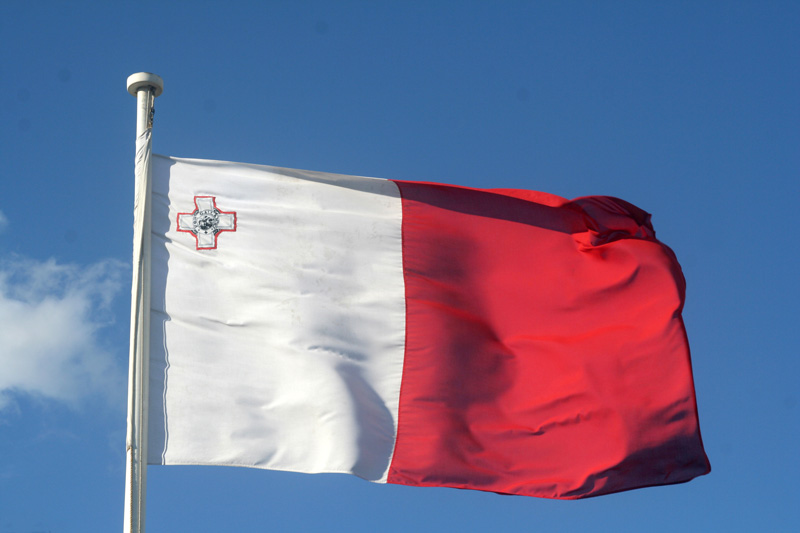 His grandson, Edward III, is believed to have recognised St George as England's patron saint in the 14th century, and founded the Order of the Garter (once the highest award for chivalry in England) under his patronage. From that day forward, St George became ‘English’, although the people of Portugal, Ethiopia, Georgia, Catalonia and Malta – he’s the patron saint of all these nations – might disagree. 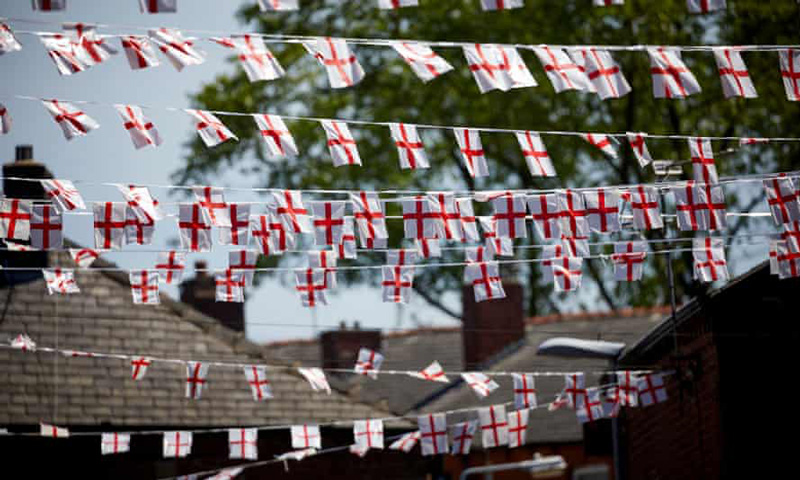 During the Middle Ages, people believed St George was one of the ‘Fourteen Holy Helpers’, a group of saints who could provide protection against epidemic diseases. Thankfully we no longer have to deal with diseases like the bubonic plague and leprosy, but as we know to our recent cost, we’ve had to deal with our own pandemic.

With vaccinations being rolled out and cases falling, we all have our fingers crossed that this is the beginning of the end of a trying period for the nation and the world. And it would be nice to think that our patron saint played his part – at least for one day in the year – in making the national psyche stronger and more resilient in the face of adversity.

St George and the City

One day soon we hope to return to our offices in the City of London, and when we do, we’ll have our Culture Committee to thank for reminding us about the links St George has to the City. Many of these have been under our noses all along, and are ready to be discovered and enjoyed – once we’ve reacquainted ourselves with our long-missed colleagues and friends, of course.

Probably the most obvious signs of St George are the imposing cast iron silver dragons that mark the boundaries of the City of London. There are 13 of these, and they stretch north from Temple and the Tower of London to Chancery Lane in the west and Liverpool Street in the east. The dragons hold a shield painted with the cross of St George, a motif that features on the City of London’s crest, which anyone who works in the Square Mile will have noticed on numerous buildings and bollards. 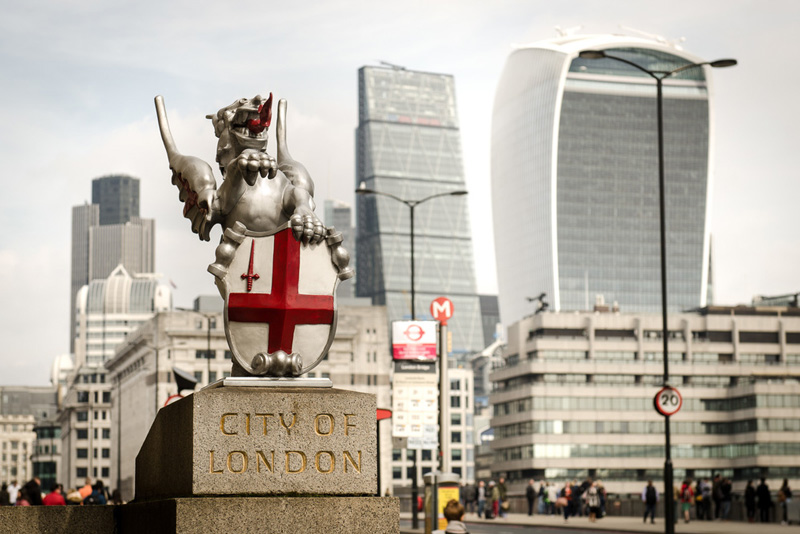 The City also hosts the Honourable Artillery Company (HAC), and is the British Army’s oldest regiment. Set up by Henry VIII to train longbow archers, it was originally known as the Fraternity of St George. Today, the regiment is still operational and among its duties is firing gun salutes at the Tower of London – one such salute was made to mark the Queen’s Birthday on Wednesday (21st April.)

Staying at the Tower, you’ll find the Malta Siege memorial, commemorating the ‘heroism and devotion’ of the Maltese People during World War II. Standing outside the City’s oldest church – All Hallows by The Tower – it reminds passers-by that this entire Mediterranean country was awarded the George Cross, the UK’s highest award for bravery.

Head west, and on Dorset Rise, not far from Christopher Wren’s St Bride’s Church on Fleet Street, you’ll find a bronze statue of St George and his dragon – sculpted by Michael Sandle in 1988. The four brass tongues of the dragon act as a fountain head.

And for those familiar with the streets between Gracechurch Street and Birchin Lane, the George and Vulture pub is likely to have been a favoured stop for refreshment from time to time. Known simply as The George Inn in the 1470s, its destruction after the Great Fire of London in 1666 led to a new partnership with a wine merchant who kept a live vulture tethered to the entrance. Hence the ‘new’ name, and a sign that features a double-headed vulture set against the red cross of St George.

The truth behind England’s patron saint might be shrouded in myth and legend, but there’s no doubt that his courage, fortitude and integrity is reflected in his adopted country’s approach to life. And as we come out of lockdown (again), we’d like to think that our own strength of purpose borrows something from the old dragon slayer, and will help us weather whatever storms the future throws our way.