Inclusion a “bigger challenge” than diversity 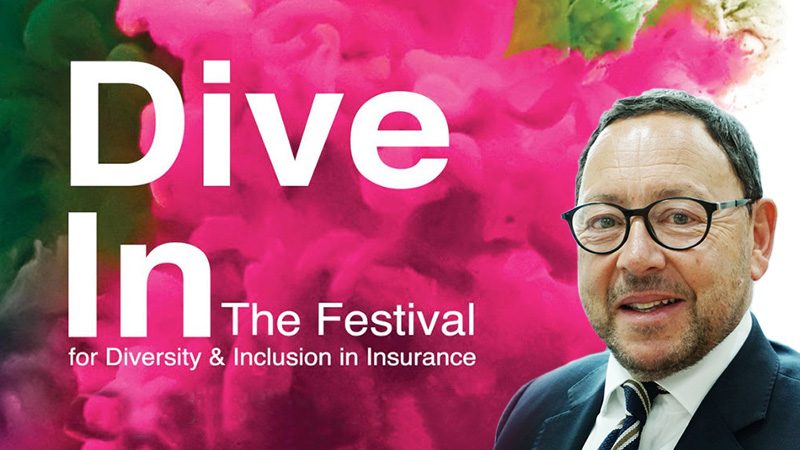 In an interview with Insurance Insider, Asta’s Independent Non-Executive Chairman Paul Jardine discusses the findings of the Lloyd’s culture survey, the importance of role models and market initiatives to measure D&I progress.

Q. The Lloyd’s culture survey made for sobering reading. Where does the London market go from here?

A. The results were uncomfortable to read but one point that came out loud and clear is the need to give people a voice: only 45 percent of people admitted they would feel comfortable raising their concerns about the market, and only 41 percent who did raise concerns felt they were listened to and taken seriously.

It highlighted an acute need for us to create safe and inclusive workplaces in which concerns can be heard and where those raising them feel supported, but ultimately where bad behaviour isn’t tolerated.

Q. What examples of diversity initiatives have you seen in the market that are generating results?

A. I’m pleased to say that this year has seen a burst of brilliant diversity initiatives. Lloyd’s for example, having produced guidelines on family-friendly flexible workplaces earlier this year, has introduced its own family-friendly policy allowing anyone starting a family – whether that’s adoption, surrogacy, maternal or paternal, six months’ full-paid leave with four weeks phased return to help employees settle back into work. We’ve seen similar initiatives across the market, aimed at making workplace environments more flexible and adaptable for their employee’s diverse needs.

Each year, the Dive In festival aims to give inspiration, guidance and tools for individuals and companies to implement good practice, but it is through the grassroots organisations that we see real progress being driven forward, year-round. Inclusion@ Lloyd’s supports six cross-market employee resource groups, Partner Networks, that focus on specific D&I needs from LGBT (Link) to Disability, Ability & Wellbeing (iDawn). Each of these networks play a key role in driving forward diversity initiatives in the market and, crucially, they collaborate with each other so that the whole market can gain from the leverage they create.

Many of the initiatives launched this year are too nascent to measure the long-term impact, but it is reassuring to see increasing emphasis going into measuring and analysing the results. The age-old saying goes if you can’t measure it you can’t improve it – this tends to be a recurring stumbling block for D&I and HR teams who want to show the impact that their positive initiatives have had, but don’t have the right data to prove it.

To coincide with the Dive In festival this year, Inclusion@Lloyd’s released a guide to collecting data on workforce composition, presenting the business case for doing so. Monitoring the diversity of your workforce is crucial in understanding, not only who is in the organisation now but also what groups of people and diverse perspectives you might be missing out on. This data creates a benchmark against which effectiveness can be properly measured. We hope this toolkit will help organisations in the market both measure results from the data they’ve collected and identify ways of adapting and improving.

Q. What do you think progress will look like in the bid for better workplace diversity?

A. Perhaps the answer to that is that we won’t think about visible diversity anymore. Inclusion is the bigger challenge as many leaders are discovering. It’s possible to build a diverse team and then lose people because they don’t feel they are being listened to or valued. That comes down to behaviour and attitudes. These are the components of culture that enable diverse teams to thrive and contribute fully.

Q. Even though the market has a long way to go on D&I, how important it is to celebrate achievement on this front?

A. It’s impossible to underestimate the importance of role models. We should seize every opportunity to reinforce the behaviour we want to see in our market and that means celebrating people who are standout examples in all different ways, with agile working parents and LGBT allies as just two examples. The Dive In Impact Awards are designed to do precisely that.

We’ve just announced a shortlist of strong candidates and are looking forward to congratulating the well-deserved winners for their efforts. It will also be a chance to look back at what has been achieved.

The Dive In festival reached its five-year milestone this year and celebrated its presence in more countries than ever before: 133 events in 67 cities and in 32 countries.

Each of the 10,000 attendees that came to those events, and the many more that engaged via social media and with the festival’s learning resources, represent the many thousands of employees in insurance who are willing for change to happen and are prepared to go the extra mile to be a change-maker. That’s something worth celebrating!

This interview was published by Insurance Insider on 31st October 2019 and re-produced here with their kind permission.