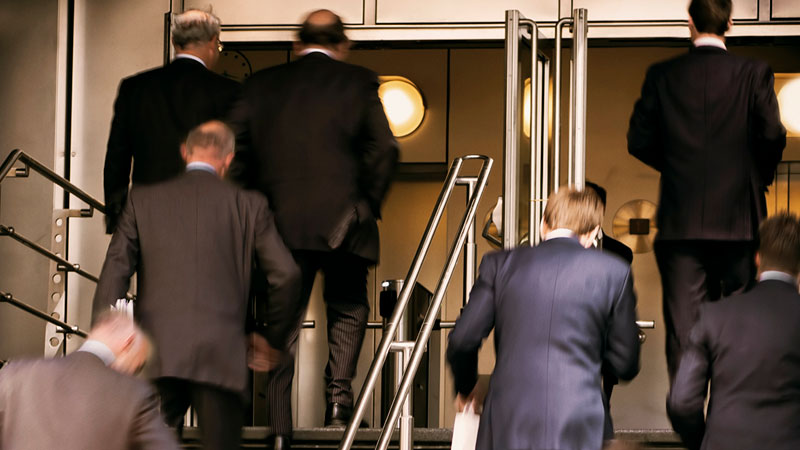 In an interview with Insurance Insider, Tighe challenged market scepticism about whether the SIAB framework is appropriate for smaller start-up businesses, as the cost burden at Lloyd’s is still too large.

He explained that, in the past, the rule of thumb for new entrants was that any business plan would need at least £100mn of GWP to sustain the cost of doing business in Lloyd’s.

“We have spent a lot of time – as Lloyd’s has – working on an economic model,” Tighe added. “With our model we believe that we can get that (£100mn GWP plan) down to a £20mn GWP plan trading at Lloyd’s – on a confident day even £15mn, depending on what the reporting looks like.”

He continued: “Asta has developed a bespoke platform on SIAB and we have a pipeline of potential new entrants.”

Asta has been working closely with Lloyd’s on developing the SIAB framework, which aims to streamline the entry process into the market at lower cost.

Although it was badged as one of the six “ideas” which made up the original Lloyd’s strategy prospectus, it has now been integrated into one of the business-as-usual processes at Lloyd’s.

The inaugural SIAB candidate was Munich Re, which has launched a SIAB dedicated to product innovation – with renewable energy and parametric weather solutions being two early focus areas for the syndicate.

And as this publication also revealed yesterday, Brit is exploring the possibility of leveraging the SIAB framework for a follow-only syndicate.

However, many in the market believe that the framework will not have been fully tested until the first start-up business or MGA successfully launches at Lloyd’s.

The CEO did not pinpoint exactly where the efficiencies had been made, but said Lloyd’s had “done a lot on changing mindset and process”.

Tighe noted that the SIAB framework is also more capital friendly, doing away with the previous new syndicate 20 percent capital load and abandoning the use of hypothecated reserves.

“The whole intention is that any benefits from SIAB will be afforded to the rest of the market,” Tighe stressed. “So SIAB should be seen as a good thing, because on a fairly inoffensive size business we are going to find some of those problems and solve them, and wash that back to rest of the market.”

Challenging perceptions
The Asta CEO added that, historically, the cost and complexity of operating at Lloyd’s had dissuaded new entrants, although he pointed out that regulation was actually the biggest cost challenge for businesses – rather than Lloyd’s itself.

“I think if you go back a few years the insurance community might have said, Lloyd’s is too expensive and too cumbersome,” Tighe explained. “I would disagree with that – I would actually pinpoint that on regulation and Solvency II in particular.”

Although these costs are fixed to some extent, SIAB aims to work around that in its cost model, and the framework could go some way in challenging that previous perception that Lloyd’s is too expensive for start-ups.

The perception of high costs had pushed entrepreneurs down the MGA route in the past, Tighe explained. “We had lots of really good underwriting businesses with plans of £40mn or £50mn GWP come to us, and in the past they wouldn’t have had a chance (in Lloyd’s),” he added.

SIAB and MGAs
Tighe is a strong believer that SIAB is an ideal proposition for MGAs who wish to secure greater certainty around capacity and create better alignment with paper providers. The rating and licensing that Lloyd’s affords is also ideal for those MGAs who wish to grow further afield, he continued.

However, the efficacy of the SIAB plans have divided opinion among the MGA community. Although it is understood that there are a handful of MGAs considering an SIAB application, some in the market have publicly questioned how suitable the framework is for the MGA model.

Manchester Underwriting CEO Charles Manchester has previously highlighted the challenging growth requirements in a three-year timeframe, after which SIABs are hoped to graduate to full-syndicate status. He likened it to a “noose around the neck” for MGAs.

When questioned on those remarks, Tighe said the SIAB framework will “never be all things to all people”, while adding that there was no compulsion for SIABs to transition to a full syndicate within three years.

“You can have two three-year terms,” he noted, also stating that as the model matures there may well be a home for small, profitable syndicates that still sit within SIAB. “That is an Asta hope rather than a Lloyd’s promise.”

The Asta CEO pointed out that, even at maturity, a SIAB could operate at 25 percent of the cost of a full syndicate.

“If you take a deeper dive into SIAB then in many ways it is a perfect opportunity for an ambitious MGA that wants to take more control,” he added. “There is probably a cap of about £100mn of premium as a guide. We’re confident that a £20mn MGA can make money trading at Lloyd’s.”

The Lloyd’s Attraction
The work Lloyd’s has done on strategy and closing the performance gap has underlined its relevance in the global market, and as a result interest in operating at Lloyd’s has increased in recent times, the Asta CEO said.

“Certainly the message has got to the States and to Asia – those two in particular – that Lloyd’s is reinvigorating itself and actually it is open for business,” Tighe stated. “There was a three-to-four-year period before that where it appeared closed for business, ‘Don’t even bother coming’.”

Even though the interest in Lloyd’s from entrepreneurs with start-up ambitions has waxed and waned over the years, a constant attraction to Lloyd’s has always been its rating, licensing and brand reputation, Tighe explained.

“That is a constant interest but it is somewhat undersold at times,” the CEO said.

According to Tighe, the Lloyd’s strategy was a big part of the recent interest from international corporates and start-up businesses. However, he added that the largest challenge with Future at Lloyd’s was getting existing market participants engaged.

“We as a market have got to get involved more – we have a duty to, the Corporation cannot do this on their own,” he stressed. “A lot of the market is embracing (the Future at Lloyd’s strategy), and half of the market isn’t as quickly as it needs to.”

This article first appeared in Insurance Insider on 24th February 2020 and has been re-produced here with their kind permission.
The original article can be viewed here