Turning the abstract into the actionable; planning for climate change 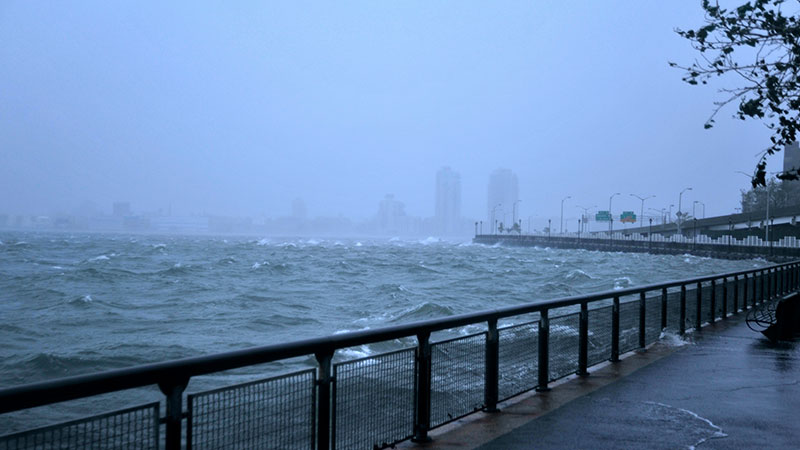 As illustrated in last week’s blog, climate change is one of the most daunting challenges facing insurers. So, how do we as an industry meet this challenge? At Asta, we are committed to tackling difficult questions like these. The depth of our expertise, combined with our ability to support effective exposure management across a range of business classes, systems and cultures, makes us ideally placed to address the challenges of managing emerging risks, such as climate change.

The below was published as an article in Insurance Day’s special report on climate change and provides some potential solutions and answers to the question above.

Catastrophe risk professionals are not oracles. Our role isn’t to predict the future. It’s to use the tools and information at our disposal to maintain the viability of our portfolios. For many insurers, climate change is a lofty, theoretical concept. Exactly when and how changes will occur, and what steps can be taken to help future-proof a portfolio, can seem unclear. Exposure management should support businesses by illuminating the risk landscape, lessening uncertainty and facilitating action. This requires taking a forward-thinking approach.

The first step is gathering the relevant data. Instead of relying purely on models, exposure management professionals should get information at source. We should be constantly monitoring the latest scientific thinking on climate change to better understand where and how short and long-term changes may occur. These changes will be both linear and non-linear. An example of a linear change is flooding in New York City. Climate scientists predict that higher sea levels, greater storm surge, and more intense hurricanes will have a drastic effect on flooding in the city over the next three hundred years. While linear changes can be modelled, non-linear changes, which can bring greater exposure, cannot. An example of a non-linear change is Hurricane Ike. While insurers know that coastal locations are prime targets for hurricane damage, Ike caused widespread damage across inland North America. Many of the states impacted had never been considered by insurers as at risk for hurricanes. Over time, climate change will alter the risk profiles of different geographic regions. Regions that, previously, were not heavily exposed to certain perils will become exposed.

Models can be misleading. Analysing an extremely thorough dataset will only provide an indication of future weather patterns if insurers have accurate, complete, and relevant data. A simple example is to look at a sea wall designed to protect against 10-foot-high swells. This wall will have a suppressing effect on losses and could potentially hide large increases in underlying risk coming from gradual sea level changes. As the average swell increases from seven feet to eight, nine, ten, the risk will grow and eventually result in mass flooding. Insurers that only looked at a flood model, and were unaware of the rising sea levels, would be caught off guard. Extrapolating linearly from the initial data would be misleading in this case and lead to huge losses.

The next step is to focus on analysing that data, making predictions, and communicating this to underwriters in an actionable, rather than abstract, form. There are consultancies that specialise in collating data on everything from US flood to Australian bushfires. Combining data with our judgement is essential. Data on the gradual strengthening of annual storm energy due to warmer oceans, rising sea levels, or more intense drought/monsoon seasons can reveal how a portfolio could be disproportionately exposed to the consequences. Spotting risk aggregation and accumulation, before it impacts an insurer’s bottom line, is critical.

Having this information can inform long-term business strategy and risk appetite. Insurers that wait until the risk to NYC is too great will experience big losses. If you are aware of the increased risk, begin to assess the exposure of your NYC portfolio early on and make business and underwriting changes year-on-year that factor in this morphing risk landscape, you will be better able to protect yourself. As with the earlier example of the 10-foot sea wall, communicating to underwriters that risk is increasing, so that pricing and/or exposure can be modified gradually, will help prevent huge, unexpected future losses. Like the climate changes themselves, the modification to an insurer’s portfolio should be slow and take place over many years, but should be directional.

Changes should be made not only in terms of underwriting, but in how insurers communicate with their customers. Insurance has come under much scrutiny in recent years regarding its role in society. Outside of providing risk transfer, what benefits does it bring? Those who are impacted by climate change will find the end costs devastating. Through utilising data, expertise and experience, and serving as risk consultants to their customers, insurers can push their customers to make more informed, careful decisions by translating the threat of climate change into a monetary value. As premiums increase in areas at risk for future flooding, this could impact urban planning and homeowners’ decision to purchase in the area. As the premiums begin to drop for those who have invested in flood protection for their homes, doing so becomes more attractive. Through our business decisions, we can push our clients towards greater resilience in the face of climate change, reduce claims and build goodwill, supporting longer-term relationships.